The motto for World Environment Day 2014 is ‘Raise Your Voice, Not the Sea Level.’

The UN General Assembly declared 2014 as the International Year of Small Island Developing States (SIDS) which play a unique role in development challenges, including climate change and global warming which causes ocean levels to rise.

According to the International Panel of Climate Change, global sea levels are rising at an increased rate which is projected to be even greater this century. When global temperature warms, seawater expands and occupies more space. Sea levels rise when ice melts as well. Coastal communities in every country are then threatened with floods and storm surges, to which these small islands are the most exposed.

Among the topics for the group: photos of environmental education, low carbon lifestyles and celebrations of World Environment Day around the globe. Bonus points for friends creating their own information centers – aka foamboards or popup museums – and related noticeboards with posters and information about the environment. 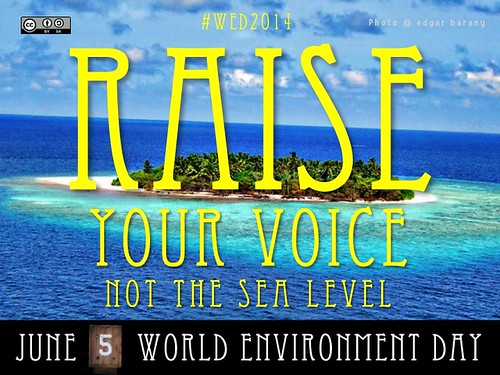 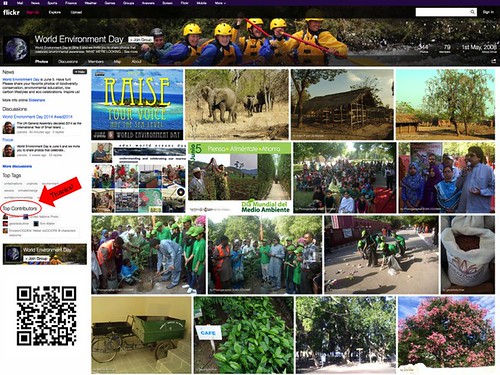